Record Store Day is coming to Shrewsbury’s Tubeway Records on Saturday 23rd April. The event started back in 2008 by a group of independently owned record stores to celebrate the (then) 1400 record stores in the USA and Internationally. Fast forward to 2022 and Record Store Day is an annual event being held in nearly every corner of the world. It’s a day to celebrate the people behind the record stores, their loyal customers and, of course, the artists themselves, who all come together enabling these stores to play a special role in communities worldwide.

It’s an important date on the calendar for Tubeway Records owner and music lover Aden Horne, who is preparing for a busy run-up to the day with many new releases arriving in store. We caught up with Aden to find out a little more about Tubeway Records… 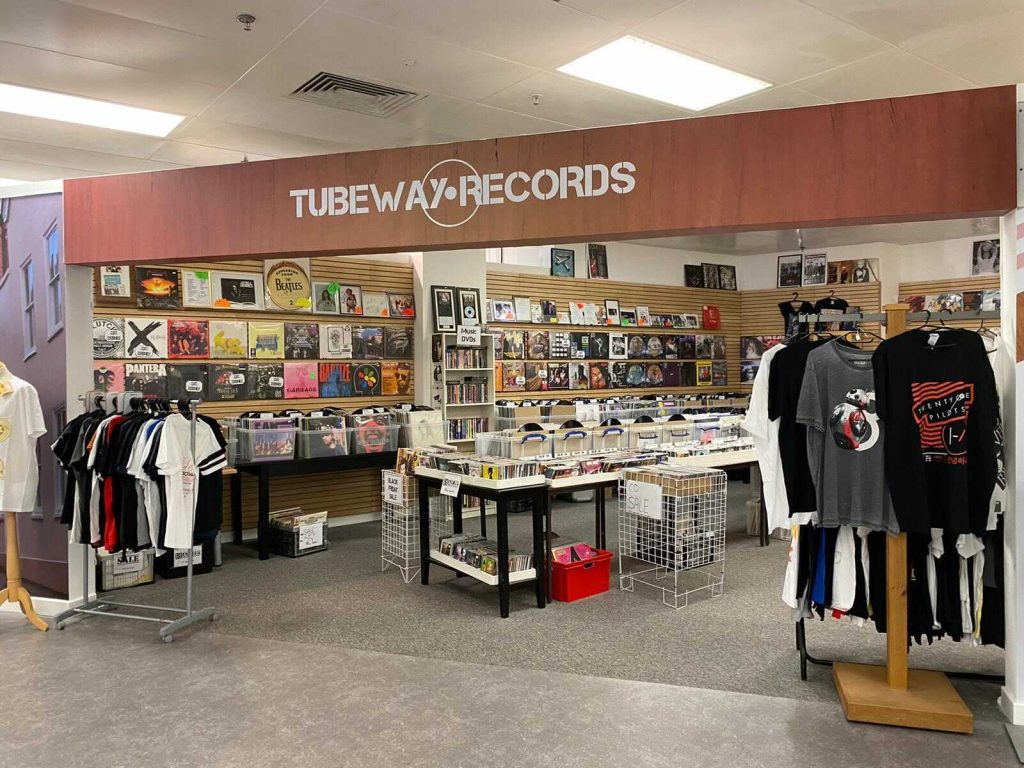 Seven or eight years ago I was in Shrewsbury and passed an empty shop next door to the DVD shop (DVD Megastore). My son had just graduated from University and was looking for work… So I thought; well, the amount of spare records I’ve got kicking around at home (I’ve always been a bit of a music collector… I bought my first record back in 1979) it would be a good idea to open a record shop and he could work there. However, within a month my son had found himself a teaching job and it was just me and the record store!

As for the name, the original shop’s location looked a bit like a tube station entrance. Plus, I’ve always been a huge Gary Numan fan so it’s a nod to his former band, Tubeway Army.

What makes listening to music on vinyl so special

The difference with vinyl I think is that you don’t just listen to a record… you look at the sleeve illustrations, you read the lyric sheets, you can hold it in your hands – it’s the experience of physical media. 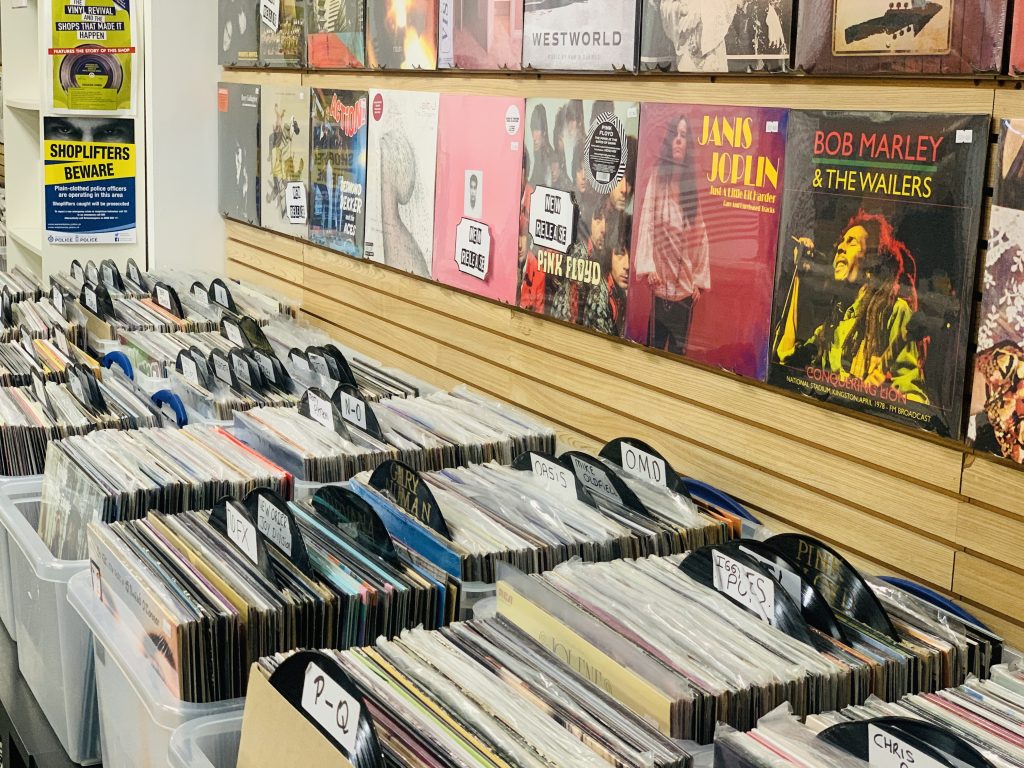 These days music is so often background noise, but vinyl goes far beyond that. With a CD, it contains anything from 40 to 70 minutes’ worth of music and you can just leave it on whilst you’re cooking, cleaning, etc. With vinyl you have to get up to change it on the player, so you’re so much more engaged with what you’re listening to and the quality of sound is far superior to anything else.

People are still listening to vinyl and CDs.  People keep telling me CDs have died but they haven’t – we have a regular stream of CDs sales. What’s funny is we see quite a few youngsters come in thinking vinyl is a new technology, but they’re discovering it for the first time and loving it which is great.

Record Store Day is coming up this weekend – how important are these days for stores such as Tubeway Records?

Record Store Day is great for independent record shops as not only does it raise the profile of businesses like Tubeway Records, it provides exclusive music releases just for that day. Big chain stores can’t do this in the same way.

Which bands do you enjoy going to see?

The last live band I went to see was Roger Taylor from Queen – I went to a solo gig of his in Nottingham. I went with my eldest son and it was fantastic. I went to see another of Gary Numan’s ex bands – Dramatis, at the Blue Orange Theatre in Birmingham – a great place. I try to see Gary Numan whenever I can and over the years I’ve also seen The Police, Queen (with Freddie). I’ve seen hundreds.

I like having bands in store too, we had a local punk band in store a few years ago called Skimmer.

What would your top three desert island discs (albums) be?

Gary Numan’s Telekon – every time I listen to it, there’s something different and the music is still fresh. XTC English Settlement – again, it’s just a wonderful, wonderful album. The third one probably Talk Talk – The Colour of Spring. If you ask me again tomorrow, my Desert Island Discs could change again! Apart from Telekon, I think it’s an amazing album and way ahead of its time.

I’ve got a great rapport with the other store owners. Everyone tries to help each other when they can and there’s a real sense of community. In fact, Tubeway Records and DVD Megastore have followed each other over the years… we were next door to each other in Riverside, then in the Pride Hill Centre and now here in The Collective.

Find out more about what Tubeway Records have in store by dropping in to The Collective on the lower ground floor of the Darwin Centre. Connect with them on Facebook – Tubeway Records and Instagram @tubewayrecords.